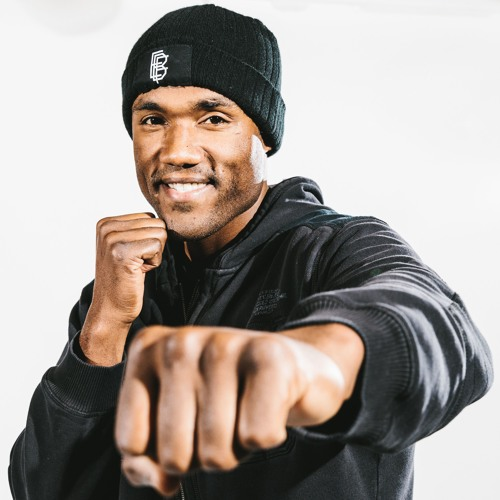 Like his dad, Foreman got into boxing, but unlike his dad, he did it simply to get into shape and get his brothers off his back. Foreman explained to me his brothers would often give him a hard time, and because he was overweight anyway, he decided to train as a way to get fit. But his rise in the boxing world was a bit surprising.

He ended up bypassing the amateur rings entirely because no one wanted to fight him due to his dad’s reputation. Despite his lack of experience, Foreman was surprised when other amateur boxers saw the name George Foreman III and had no desire to jump in the ring. This forced him to compete in the professional circuit.

Even though he started above his skill level, he started his professional boxing career in 2009, and went undefeated, finishing with a perfect 16-0 record.

In 2013, Foreman founded the luxury boxing fitness gym, EverybodyFights in Boston, quickly expanding to NYC, Chicago, Philadelphia and Lexington. He’s using what he learned from managing the business with his dad, two-time heavyweight world champion, and creating his own boxing / fight-club business.

His concept has five different components based on a real fighter’s training camp:

George Foreman III is an entrepreneur, boxing trainer and coach, and the son of a legendary businessman and former two-time heavyweight champion George Foreman Sr. He’s managed his dad’s business for seven years.

Foreman spends a lot of time at the George Foreman Youth & Community Center. This is where he learned how important it is to give to your community. He also honed his ability to effectively use boxing as a platform to effect change within the community.

Foreman has a degree in kinesiology from Rice University. The Mindful Fighter, by George Foreman III will be released in 2019. Look for it here.

Make sure to subscribe with your favorite podcasting app at the links above to hear from Brett Podolsky, founder of The Farmers Dog (the Blue Apron of Dog Food) or Elay Cohen, founder of SalesHood and former SVP of SalesForce.